Sara Ali Khan, Janhvi Kapoor, Varun Dhawan, Shraddha Kapoor and other lucky celebrities got early tickets to Bala, a screening of which was hosted in Mumbai on Wednesday evening. Bala stars Ayushmann Khurrana, Bhumi Pednekar and Yami Gautam, out of which only Bhumi was spotted greeting guests at the film’s screening. Coolie No 1 Varun Dhawan brought along his plus one – girlfriend Natasha Dalal – to the screening. Sara Ali Khan, who is currently filming Coolie No 1 with Varun Dhawan, checked in to the theatre, looking super-chic in a sky-blue cut-out dress. Looks like Sara’s contemporary and friend Janhvi Kapoor arrived from work. The 22-year-old actress was spotted in casuals. Sara and Janhvi had a lot to catch up on and hung out together after the screening. 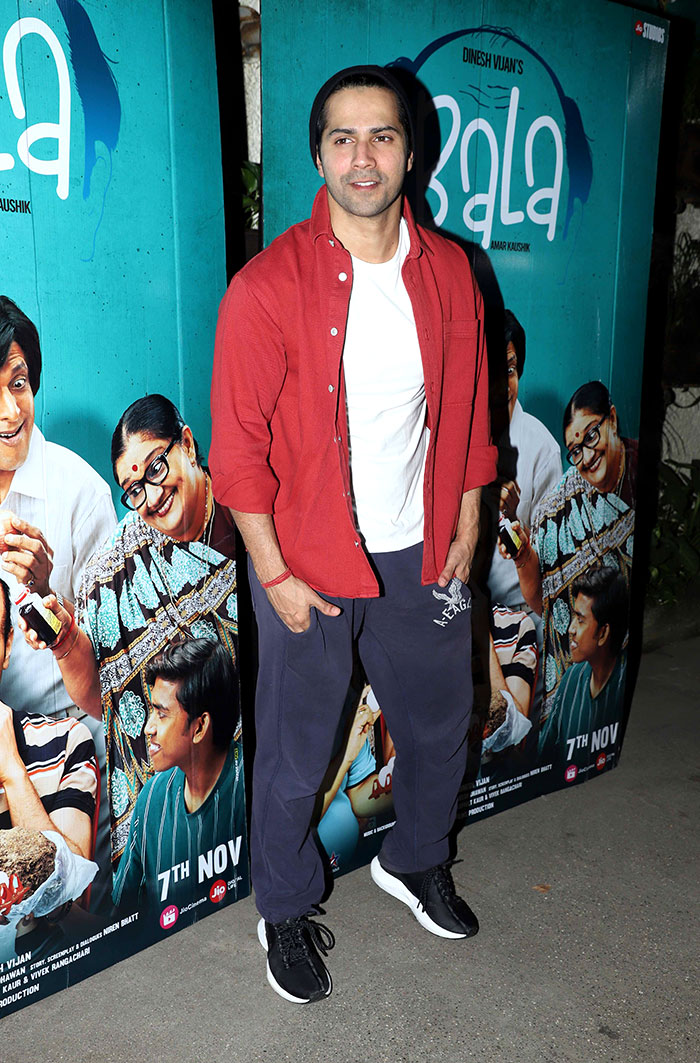 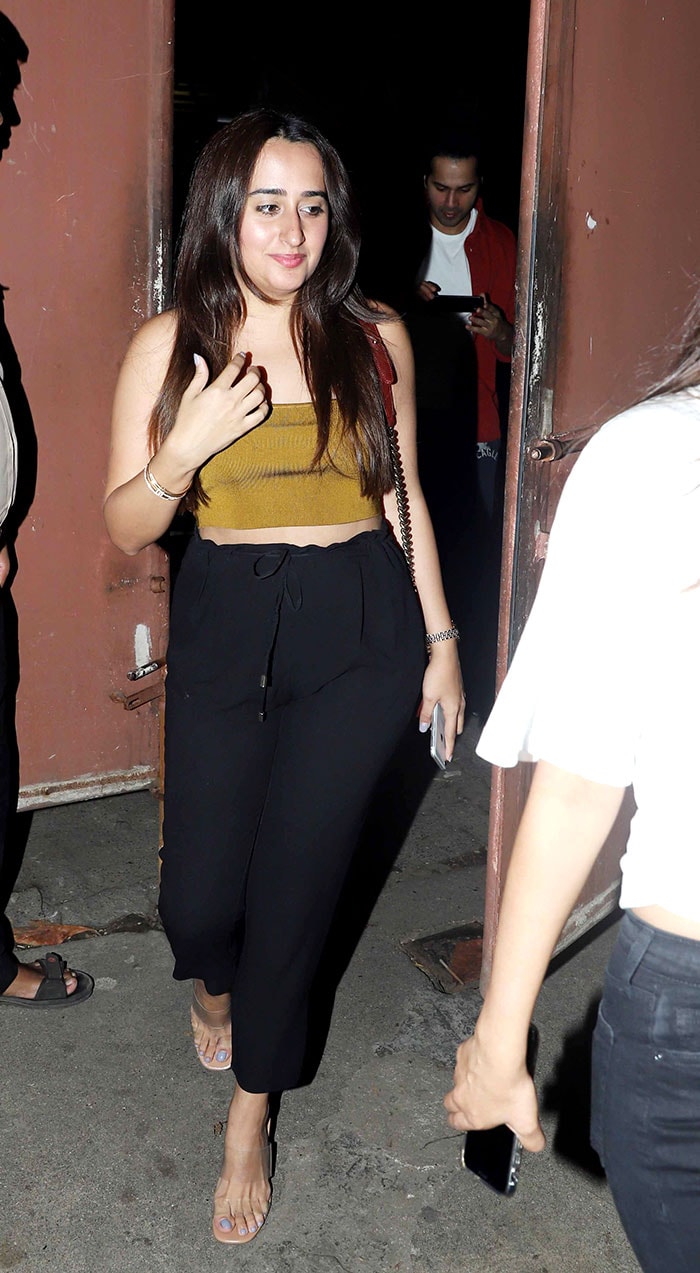 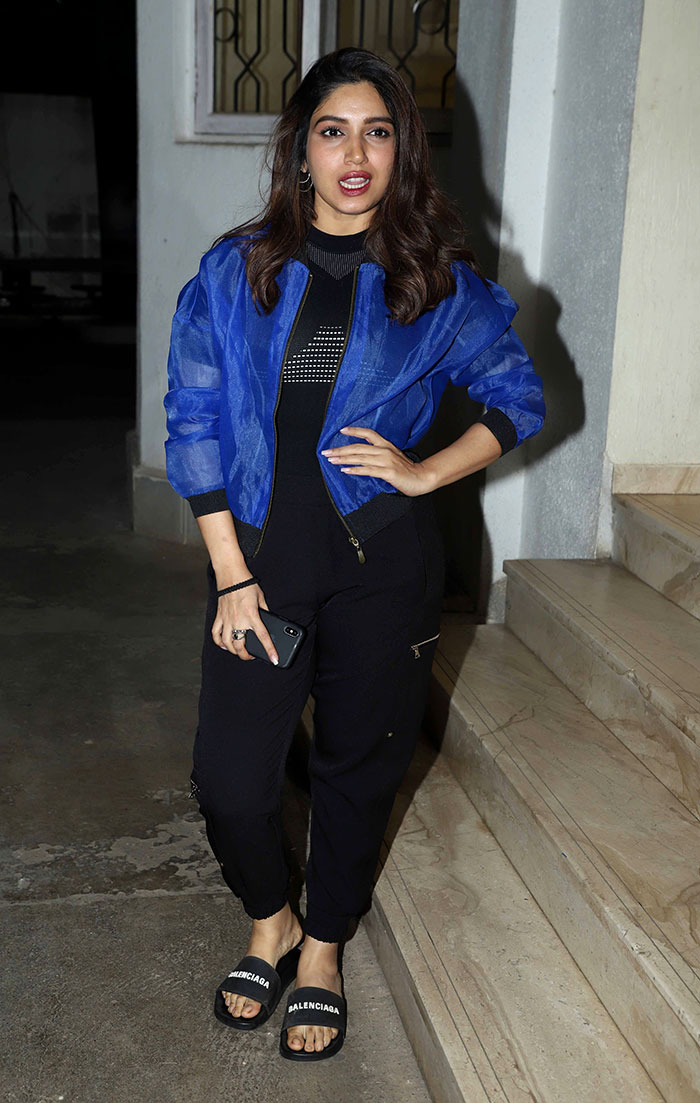 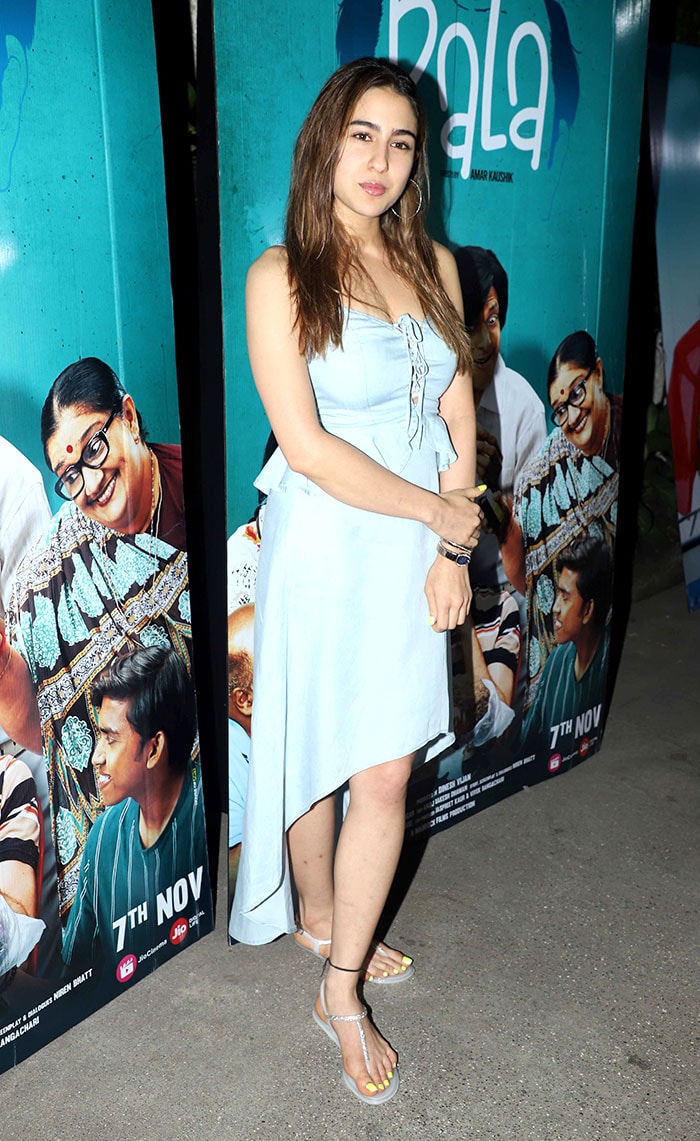 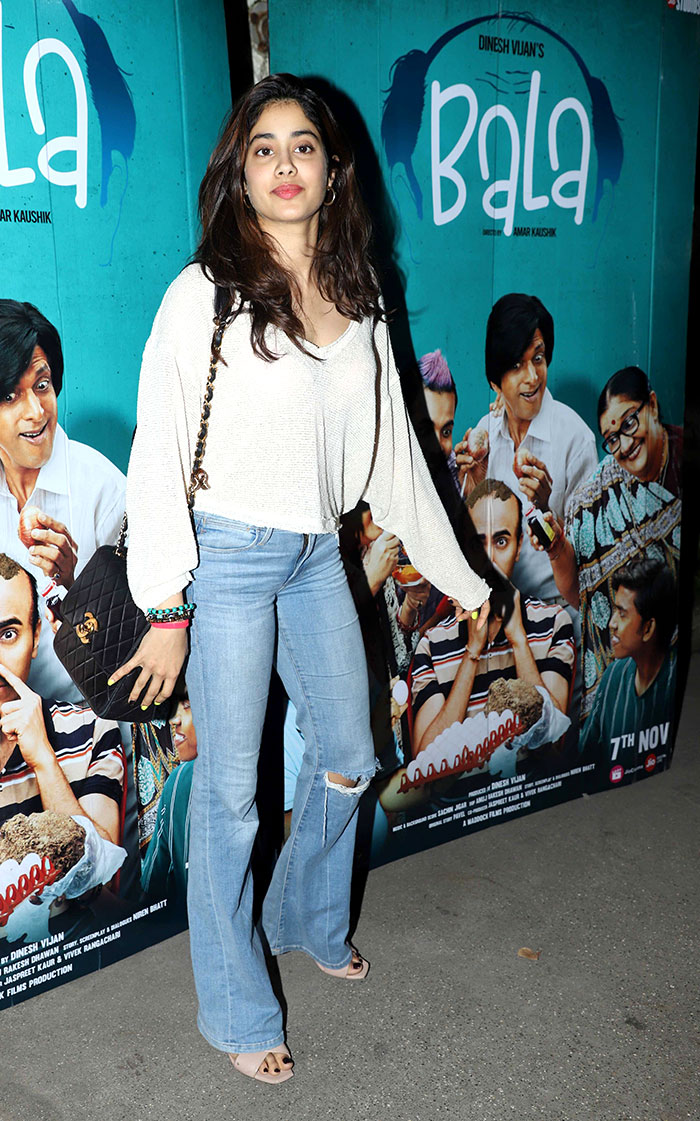 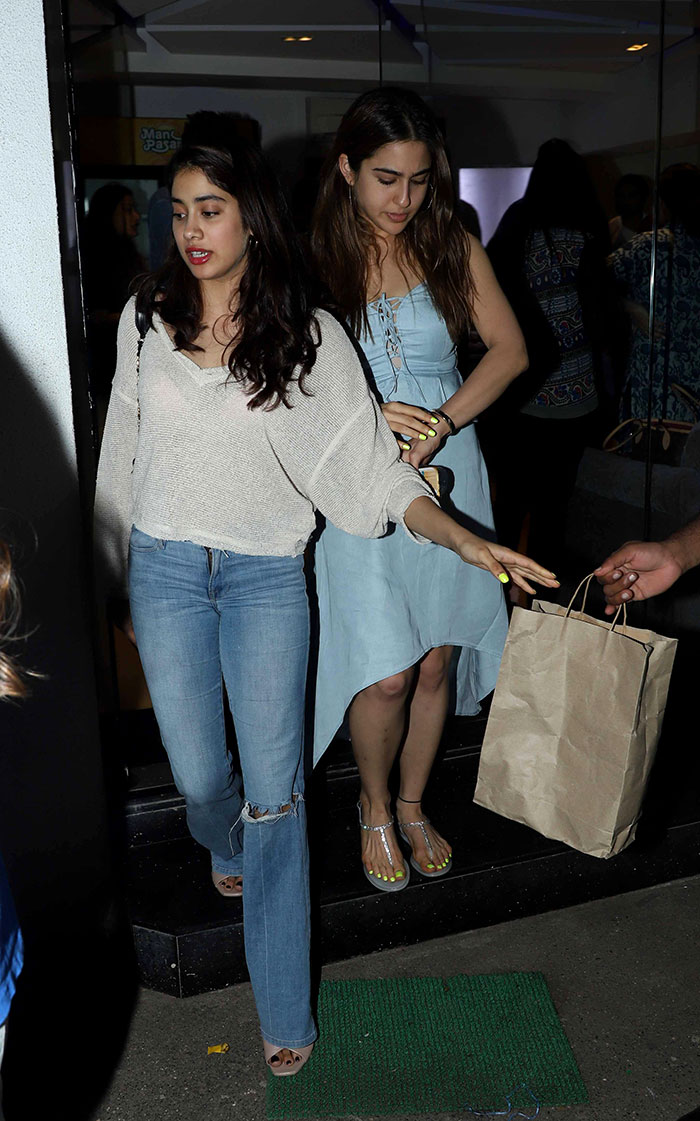 Shraddha Kapoor was cute as a button as she roped in her ABCD 2 co-star Varun Dhawan for a group photo. Bala actress Bhumi Pednekar joined the group and so did Sara Ali Khan. Varun Sharma, who co-starred with Varun in Dilwale joined in the fun. 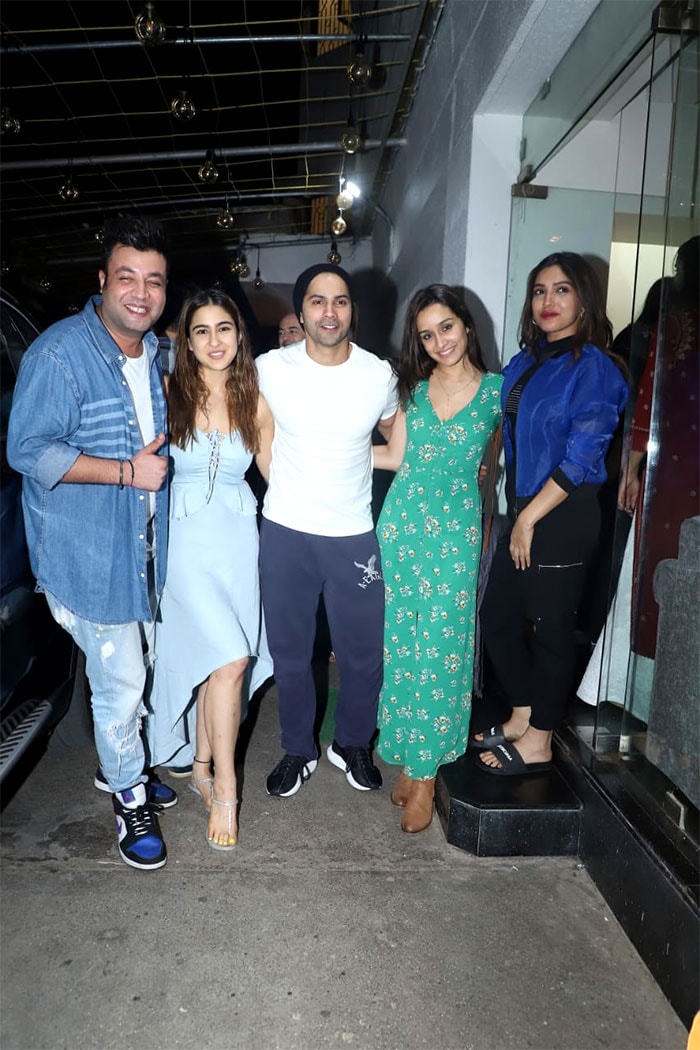 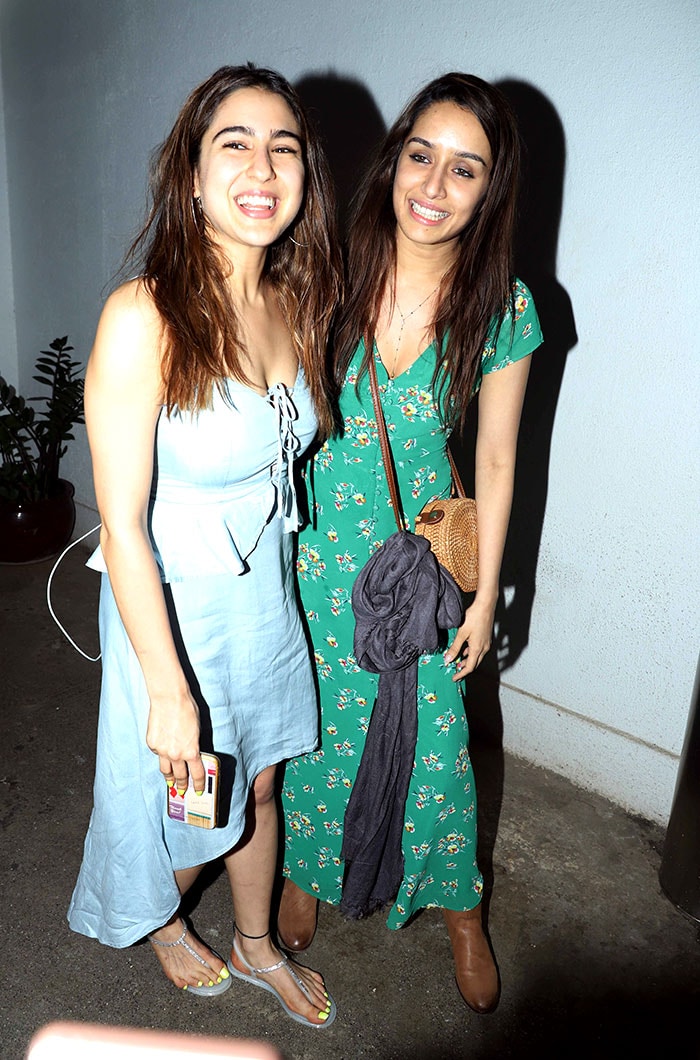 Other guests who checked in to the Bala screening last night include Ileana D’Cruz. Ayushmann Khurrana wasn’t there but his wife Tahira Kashyap attended the screening. 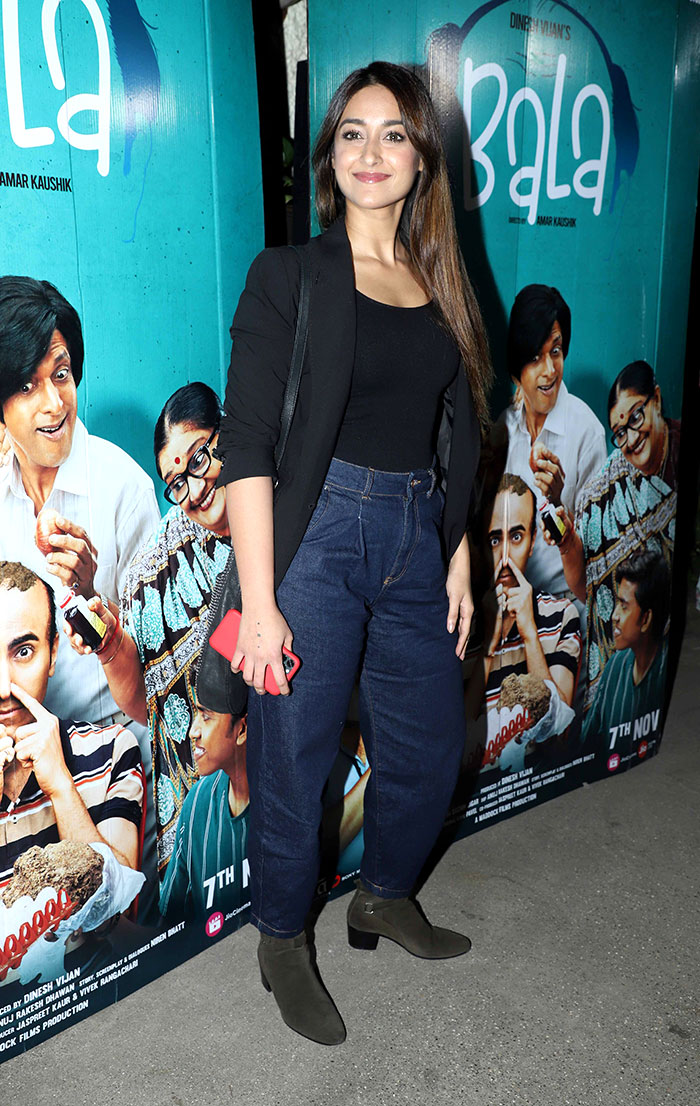 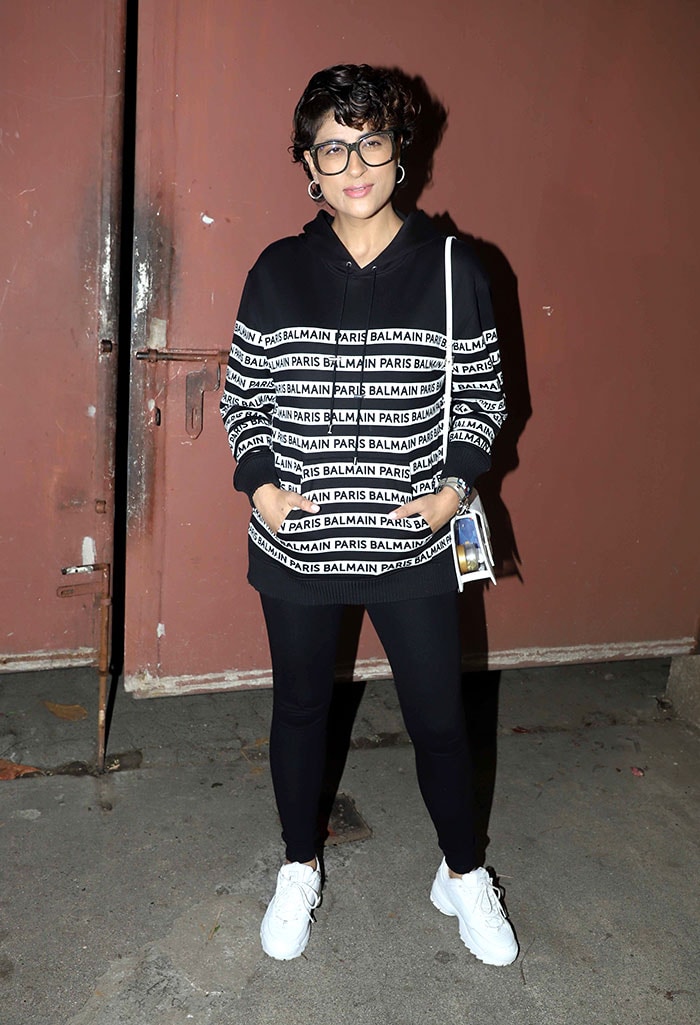 Ayushmann Khurrana’s Bala is a social comedy that deals with premature balding with the 35-year-old actor as the protagonist. Ahead of its release, the film has been in the midst of a controversy after being accused of plagiarism claims by several filmmakers. Bala is all set to hit screens tomorrow.