Twenty-seven-year-old Nauksham Chaudhary – the BJP candidate for the Punhana seat in Haryana’s Mewat district – has the kind of resume that is unheard of when it comes to election contenders in the region. A History graduate from Delhi University’s prestigious Miranda House college, she has a Master’s Degree in Luxury Brand Management from Italy and in Communications from London. She faces the challenge of winning the seat for the BJP in the Muslim-dominated district where the party has a poor track record.

Ms Chaudhary’s father is a retired judge and her mother is a senior official in the Haryana government’s Revenue Department. Ms Chaudhary returned to India just a month ago and said she was drawn to politics to spur development in the area.

“I had an excellent career in the private sector where I would be serving as a public relations executive for the biggest brands of the world. This shift happened because this is my paternal area. It is underdeveloped and backward. And politically, the scenario is such that criticism is on basis of religion and leaders tend to exploit the masses. I want to work for women empowerment in the area and for education. My parents have taught me with the values that in order to do anything good in life, you need to be educated,” she said. 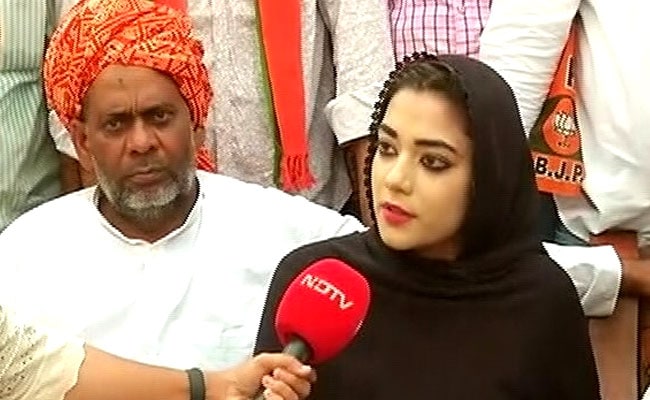 Nauksham Chaudhary said she wants to work for empowerment of women and education.

For the BJP, the seat is tough to crack. Punhana falls in the Muslim-dominated Mewat district which has about 5 lakh voters. Around 80 per cent of the voters are Muslims and the remaining 20 per cent are Hindus. In the 2014 Haryana assembly elections, despite the BJP’s nationwide surge powered by Prime Minister Narendra Modi’s popularity, the party couldn’t even manage second place in any of the three assembly seats of Mewat – Punhana, Ferozepur Jhirka and Nuh.

But Ms Chaudhary is confident that this time the outcome will be different. “The common people here have understood that it is the BJP which is forming the government both at national and state levels and they’ve understood that if they want development and any representation in the Vidhan Sabha, they will have to choose BJP.”

Nauksham Chaudhary’s opponent is Mohammad Iliyas from the Congress who won the seat in 2009. Mr Iliyas says he is not bothered by Ms Chaudhary’s profile and will work for issues like education. “It’s a good thing that she has studied abroad and is a capable child. She is like a sister and a daughter to us but the lesson of politics comes only with experience. It does not come by reading textbooks and I believe that after 2024, she will go back to where she came from. A long pending demand of the people is education for their children, for a university. Most teenagers from here end up illiterate and work as drivers. But there is no proper procedure here to get a driver’s licence and people spend days struggling for it. I will change that,” he said. 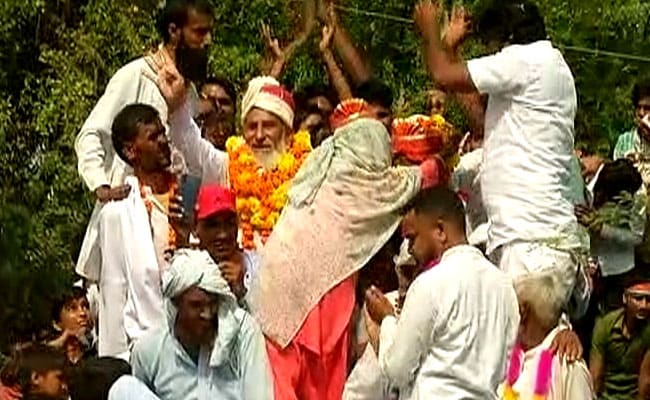 Mohammad Iliyas of the Congress won the Punhana in Haryana’s Mewat district in 2009.

In a 2018, a NITI Aayog report declared Mewat as India’s most backward district. Bumpy roads, ditches, piles of garbage are a common sight all across the region. Health indicators especially among women are very poor. A large number of women and children suffer from Anaemia.

For the people here, it’s issues of development that will decide who they vote for. “I will support BJP because we believe that they will educate our kids and get them jobs. Roads are broken and there are no schools for kids,” Mohammad Zubair, a resident of Punhana, said.

Another resident Aijaz Khan said, “We will vote for Congress. Mohammad Iliyas did a lot of good work when he was the MLA and made basic facilities like electricity and water supply better for the people. We still need a university here. There is no college nearby and our children fail to get higher education.”

Elections to the 90-member Haryana Assembly will take place on October 21 and results will be declared on October 24.